Insight Into Its Potential As An Antimicrobial Agent

Cannabidiol (CBD), the non-psychoactive but highly therapeutic part of the cannabis plant, has been making waves worldwide for its healing properties.

CBD is now added into so many different kinds of food and beverage items, as well as medication methods, so that people can easily medicate with them to treat anything from stress, anxiety, depression, insomnia, to even cancer.

But there’s new research showing promise that CBD has not just antiviral and antibacterial properties, but also antimicrobial properties that can help extend the shelf life of produce. A new study conducted by researchers from the University of South Florida’s Food Quality Laboratory, Department of Cell Biology, Microbiology and Molecular Biology revealed that CBD has the potential to preserve fresh produce.

For the experiment, researchers poured CBD oil on strawberries and discovered that it protects it from germs, allowing it to stay fresher for a longer period of time. The strawberries were then exposed to 1C for 8 days then 8 days at 10C. The berries with CBD oil treatment had much less microbes, yeast, and mold. “Strawberries were evaluated for their visual quality and their microbial load before and during storage,” says the study summary. “The results of this study showed that CBD oil was effective in maintaining the visual appearance of strawberries… compared to fruits that were not treated.”

“CBD oil can be used by home consumers as an effective antimicrobial treatment and to extend the shelf life of strawberries,” they said. The researchers say that this preservation method can also be used for other fruits, as long as it’s applied right after harvest and stored in cold temperatures.

There are other studies done in the past that have revealed similar results, boosting confidence in the potential of CBD as a natural preservative and one that’s chemical-free, which we can use on our food as well as other things that are prone to bacteria and microbes. Though we need more studies of its impact on fresh produce, its effects on the human body and protecting it from harmful bacteria have been well-proven.

A study conducted by Australian researchers suggests that CBD is a promising antibiotic, since they discovered during laboratory tests that it was helpful in killing several strains of bacteria including those that are known to be resistant to antibiotics. Additionally, the bacteria didn’t develop a resistance to CBD despite exposure to it for 20 days, which is the standard duration after which bacteria becomes resistant to antibiotics.

Lead study Mark Blaskovich, who is also a senior research chemist at the Centre for Superbug Solutions, disclosed to Newsweek: “We still don’t know how it works, and it may have a unique mechanism of action given it works against bacteria that have become resistant to other antibiotics, but we still don’t know how.”

“So far, we have only shown it works topically, on the skin surface. To be really useful, it would be good if we could show that it treated systemic infections e.g. pneumonia, or complicated tissue infections, where you have to give it orally or by intravenous dosing. A very preliminary study didn’t show that it works in these more difficult models.”

“Given cannabidiol’s documented anti-inflammatory effects, existing safety data in humans, and potential for varied delivery routes, it is a promising new antibiotic worth further investigation,” says Blaskovich, discussing his findings during a meeting at of the American Society for Microbiology. “The combination of inherent antimicrobial activity and potential to reduce damage caused by the inflammatory response to infections is particularly attractive.”

Meanwhile, other studies show that CBD actually makes antibiotics even more effective. A study led by Dr. Sigrun Lange, the Senior Lecturer in the Department of Biomedical Sciences is the first of its kind, revealing that CBD impacts the release of membrane vesicles, which enhance the bacterial communication and strengthen antibiotics. Other researchers from participating universities in the United Kingdom were involved in the study as well.

For the trial, they assessed the membrane vesicle release from bacteria both with and without CBD. They confirmed that CBD affected the amount of membrane vesicles that were released, and the structure that were released from bacteria. “The antibacterial properties of CBD have been known for some time, but no one knew how it worked. Based on our previous work which established that CBD is a potent, previously unrecognized regulator of vesicle release we have now demonstrated that CBD is very effective at increasing antibiotic effects through changes in membrane vesicle composition and release in bacteria,” he says about the findings.

Though we need more studies, these are excellent places to start as they show promise of CBD’s potential in situations far more than healing the human body. 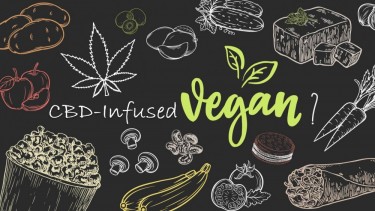 CBD-INFUSED VEGAN FOOD – IS IT ALL FRUITS AND CARBS? 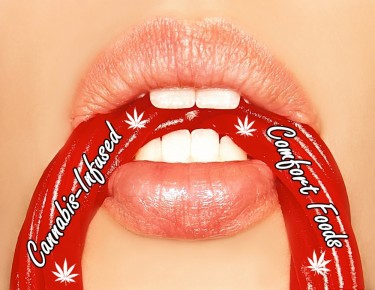 CANNABIS AND CBD COMFORT FOOD RECIPES, GET THE GOODS!