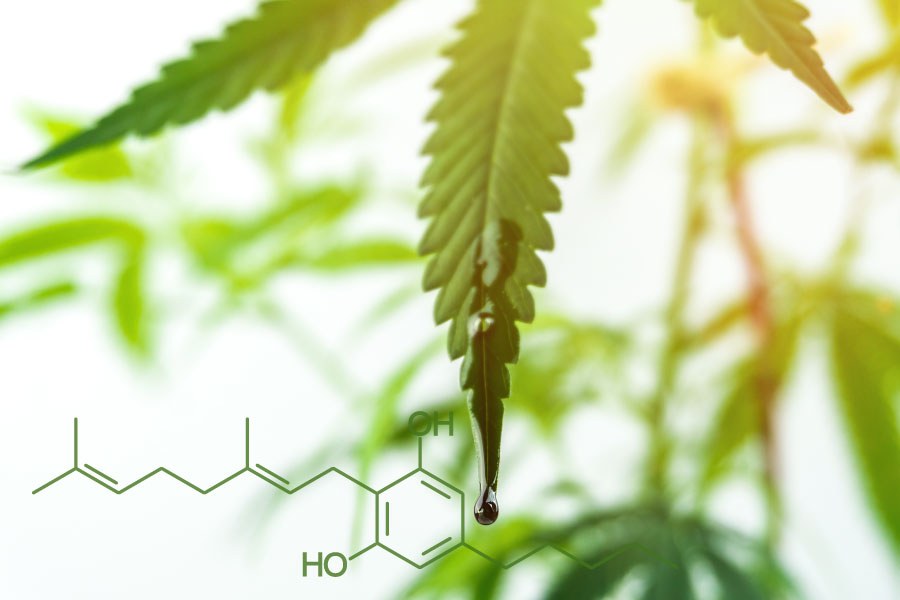 What is CBG?
CBG effects
CBG benefits
How is CBG made?
CBG vs CBD
Side effects of CBG
Does CBG get you high?
CBG products
Where to buy CBG?
Is CBG right for me?

Cannabigerol (CBG) is the baby sister of CBD (cannabidiol), probably the most famous therapeutic chemical found in the Cannabis sativa plant. Like CBD, CBG is one of over 120 psychologically and physically beneficial cannabinoids naturally made by the cannabis plant.

CBG is the non-acidic form of cannabigerolic acid (CBGA), the parent molecule from which all other cannabinoids are synthesized. As the cannabis plant matures, CBGA turns THCa, CBDa, and CBGa into THC, CBD, CBG, and other cannabinoids.

Like CBD, CBG is non-psychoactive. Plus, cannabigerol is showing loads of therapeutic promise, including potential benefits for people living with cancer, eating disorders, gastrointestinal inflammation, glaucoma, Huntington’s Disease, psoriasis, and other challenging conditions.

One article published in 2018 describes the effects of CBG on CR1 as being ‘measurable’. While the underlying mechanisms remain uncertain, the authors are hopeful, concluding that their results indicate that CBG is effective at regulating endocannabinoid signaling.

The neuroprotective properties of CBG were the focus of one particularly promising study from 2015, which looked into the effects of CBG on mice with Huntington’s disease. The study concluded optimistically, claiming that the research opened new avenues for the use of CBG, alone or in combination with other cannabinoids or therapies, for treating neurodegenereative dieseases like Huntington’s.

One study from 2011 looked into the effects of cannabinoids, including CBG, in animal and human cells. Along with CBD, CBG shows tremendous therapeutic potential due to its analgesic properties (pain relief), as well as its anti-inflammatory and anti-cancer effects.

Furthermore, in 2013, a study into the beneficial effect of CBG on inflammatory bowel disease (IBD) in mice found that CBG reduced numerous inflammation markers. The researchers were confident enough with their results to recommend testing on human patients with IBD.

CBG has also been found to be a potential prevention and cure for colorectal cancer cells in another promising study from 2015. The potential benefits of CBG while just being discovered show tremendous range and scope.

Researchers are working every day at finding more benefits of cannabinoids on the human body. While the more prolific THC and CBD compounds dominated the field initially, the less-prevalent cannabinoids like CBG have begun to garner their own attention. Even in these early stages, CBG shows the potential to be as disruptive as CBD.

While there’s not much data-backed evidence, especially on human test subjects, scientists, doctors, and patients are all hopeful about CBG. The preliminary studies, dating back only a couple of years, are cautiously optimistic, at least enough to warrant further investigation into CBG’s potential benefits for people with:

One of the most studied areas on CBG’s effects that exists is on inflammation and oxidative stress. Here, CBG shows real potential to help protect the brain from neurodegeneration caused by oxidative stress.

Researchers found out in 2017 that CB2 receptors are involved in the protection of macrophages (immunity cells), particularly against oxidative stress. They then did a follow-up study in 2018 and found that CBG protects motor neurons, concluding that it may be a potential treatment against neuroinflammation and oxidative stress.

Another fascinating study from January 2020 showed CBG’s potential to kill bacteria and help stave off antibiotic-resistant infections. As the data come in, CBG, like the other cannabinoids, proves again and again why the cannabis plant has been used for its therapeutic benefits for millennia.

How is CBG made?

Recent research established that cannabinoids, including CBG, are produced by the plant flowers. As the plant matures, its enzymes break down the CBGA molecules into carboxylic acids (THCa, CBDa, and CBGa), which are further converted into the famous corresponding chemicals – THC, CBD, and CBG.

All cannabinoids start out in the young cannabis plant as CBGA (cannabigerolic acid). As the plant grows and matures, CBGA converts into the individual cannabinoids. Cannabidiol (CBD), for example, makes up about 10 to 15% of the plant.

CBD is much more well known than CBG. Whole books have been written about CBD and its myriad benefits, from treating psoriasis to diabetes to arthritis. CBD can help people live with and beat some of the world’s worst and most common afflictions.

Cannabigerol, on the other hand, only makes up around 1% or less of the cannabis plant, meaning it’s produced in far lower quantities than CBD. This is probably why it’s taken scientists a lot longer to look in-depth into its effects and benefits. While CBG may be less known right now, it shows huge potential and is equally promising.

Side effects of CBG

Like CBD, CBG seems to be very easily tolerated by most people, though we still don’t have enough data to know for sure.

One study on rats showed that CBG produced no detrimental side effects. Another study back in 1984 on the effects of CBG on cats found that sustained use of CBG resulted in minor systemic side effects.

While we don’t know enough about CBG’s side effects, those of CBD are relatively well-known. While most people only feel CBD’s benefits, it can cause a few negative side effects in a small minority of people. Side effects of CBD can include tiredness, diarrhea, dry mouth, changes in appetite, and changes in weight.

Does CBG get you high?

In short, no, CBG doesn’t get you high or stoned. CBG, like CBD, is neither psychoactive nor psychotropic, meaning that it doesn’t affect people the same way as THC. Cannabis products are often associated with THC’s effects. However, cannabinoids like CBD and CBG are not considered mind-altering substances.

One common misunderstanding of the effects of CBG is that it can make you fail a drug test. Again, this probably has to do with its associations with THC. You shouldn’t fail a drug test after taking CBG.

CBG comes in all shapes and sizes. While there’s a huge range of products out there, keep in mind that high-quality CBG products can and should be 100% organic with no additives. Some products have chemical additives, colourings, and flavourings, but there is really no need.

Where to buy CBG

Whilst we do not offer CBG based products at the moment, we’re planning to do so in the near future. In the meantime, you might want to take a look at our full spectrum CBD products that contain a smaller amount of CBG. All of our products are available for worldwide shipping, and there’s free shipping over 150€.

Is CBG right for me?

Knowing what’s right for your body and mind can be tricky at the best of times. Now, with more information, and misinformation, out there than ever, it’s super important you stick to the facts.

At Hempika, we work diligently to complement and upgrade traditional practices with the latest findings and a cutting-edge approach to deliver high-quality cannabis/hemp products that we’re really proud of.

When we make our CBG oil, we only use quality, full-spectrum, supercritical CO2 extraction. Not only is this the cleanest extraction method, but it also ensures that nothing but cannabis extract and a carrier oil go into our herbal drops.

All of our products are made from organic certified hemp, grown in EU without the use of pesticides or any other harmful substances and they’re fully lab tested.

We try hard to ensure you’re satisfied with all of our CBD as well as CBG products. The path from seed to final product takes a lot of thought, hard work, and dedication, but we believe it’s worth it.