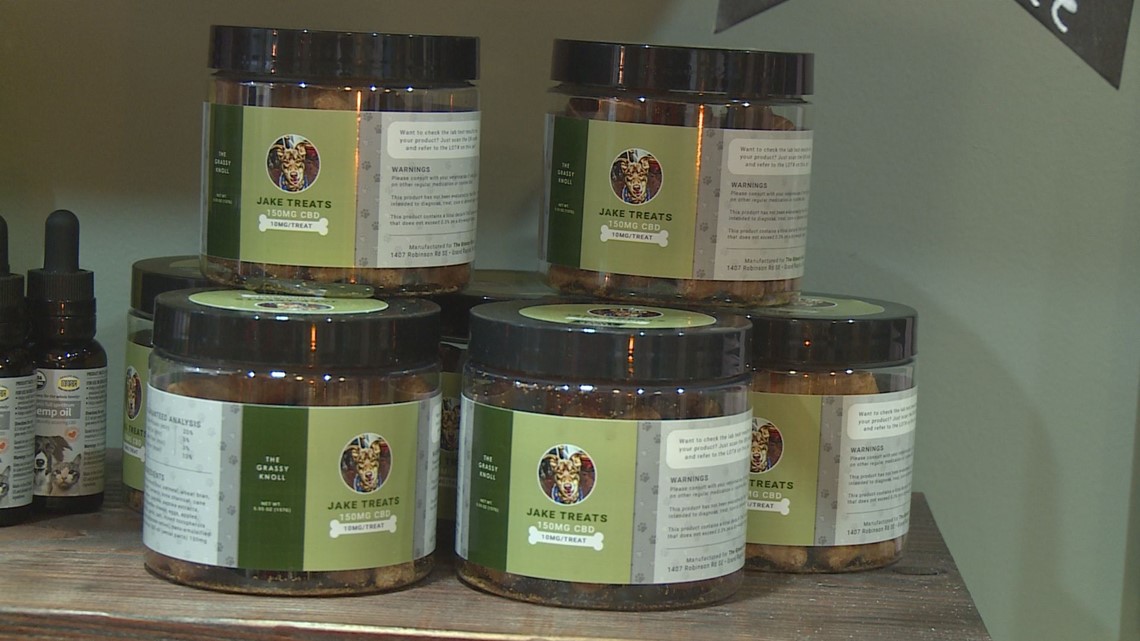 The bill has passed Michigan House and Senate.

GRAND RAPIDS, Mich. — Janet Tombre knew something was wrong with her dog.

“Our 10-year-old German Shepherd developed Arthritis and we noticed she couldn’t jump in the car anymore,” says Tombre.

Tombre spoke to her Veterinarian about treatment.

“There was the heavy duty drugs and we didn’t want to do that,” says Tombre.

Tombre, who owns The Grassy Knoll in Grand Rapids, decided to try CBD products on her pet.

“Two days later I went outside and she jumped in the car and I was like, ‘Oh my gosh!” says Tombre.

Her Veterinarian never mentioned CBD because Michigan law would not allow it. But now things might be changing because a new bill that would allow Veterinarians to discuss and recommend CBD and Marijuana products has passed both the House and Senate in Lansing and now just requires the Governor’s signature to become law.

“It’s huge for pet owners and for veterinarians,” says Tombre.

Treats and droplets are the most common products that can be used for dogs, cats and other pets. In addition to fewer side affects, Tombre says the option can cost much less than traditional medicine.

“I do know that it’s probably cheaper than a lot of over the counter drugs…..just like for people,” says Tombre.

►Make it easy to keep up to date with more stories like this. Download the 13 ON YOUR SIDE app now.