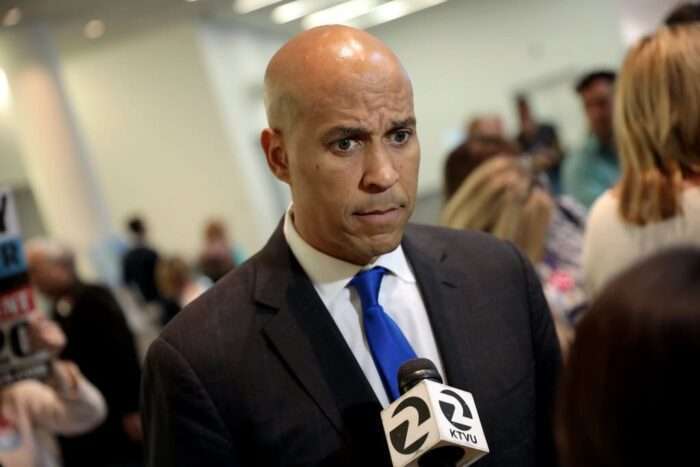 “Legalizing marijuana is the right thing to do. We must also expunge the records of those arrested for marijuana offenses and reinvest proceeds from legalization directly back into our communities,” he said.

Booker has been a central leader in cannabis legalization while a member of the United States Senate. He sponsored the MORE Act with Senator and Democratic Vice Presidential nominee Kamala Harris (D-CA) to address cannabis arrests. He also sponsored the STATES Act with Senator Elizabeth Warren (D-MA) which would protect the state-level markets.

Earlier this year, he argued that since cannabis companies were declared essential the pandemic showed why cannabis should be legalized.

Booker himself ran for president but dropped out before the fight intensified. Unlike Joe Biden, he campaigned on legalizing adult-use cannabis on the federal level.

Cory Booker has a great understanding of the issue and is often lauded by the National Organization for the Reform of Marijuana Law (NORML), and other pro-cannabis groups. He is known to speak eloquently at many policy forums on cannabis.

While adult-use cannabis has been polling well, it has been a strange year due to COVID, and hard to say how it has changed the election. According to the New Jersey state government, over two million people have already voted in the election.

Many of them likely voted for cannabis, but it’s unclear right now. NJCAN 2020 is stressing voters #turnthepage after voting for the candidates to where Public Question No. 1 will be and vote “Yes.”

The junior Senator from New Jersey has been busy recently. As a member of the Senate Judiciary Committee, he has been a central figure in the fight against the replacement of the late Ruth Bader Ginsburg, Amy Coney Barrett. As part of the Barrett hearings, he explained to her the nature of the War on Drugs and its negative effects on the felons convicted for cannabis crimes. He cited the often-repeated statistic that Black and Hispanic Americans are arrested four times as much as Whites.

Before COVID hit, there was the possibility that more states would legalize cannabis this year. Now, only Arizona and South have adult-use referendums along with New Jersey. Many states did not accept electronic signatures for traditional people’s ballot initiatives. A lot of state legislatures only meet from January to June and thus were preoccupied with COVID before they were forced to adjourn.

Booker has been in the spotlight for some time. He first won the Mayoralty of New York against State Senator Ron Rice (D-Essex) in 2006. Many credited his work to revive Newark during his tenure. He was mayor from 2006 to 2013 when he won the special election to replace the late Senator Frank Lautenberg.

Booker is hardly the worldly hedonist you’d expect to endorse cannabis. He does not eat meat nor drink. Rather he is a practicing vegan known for ascetic practices and headlines like shoveling snow for older women during blizzards while mayor.